The Immigration Levels Plan acts as a guide for the number of immigrants Canada aims to welcome each year. Canada’s immigration goals include growing the economy, reuniting families, and offering asylum to refugees fleeing hardship abroad.

The Environics Institute of Canada, in partnership with the Century Initiative, has released survey data on Canadian’s opinions on immigration. Read the Executive Summary here.

The overall finding of the survey is that more Canadians than ever are in favour of increased immigration. Nearly 70% of Canadians were found to disagree or strongly disagree when asked if Canada’s immigration levels were too high.

This is the most support shown for immigration in the survey’s 45-year history and comes as the 2021 census data shows that immigrants make up 23% of Canada’s total population, or 8.3 million people. It projects that this number will increase to 34% by 2041.

Learn about the Services Offered by Saskatchewan Polytechnic Dental 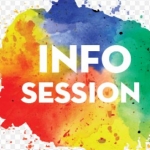 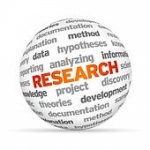 Postgraduate Medical Education Office (U of S), in collaboration