The federal government has announced “new pathway” for the extended family members of Afghan interpreters to arrive in Canada and join them.

Under the new program, extended family members of Afghan interpreters will be eligible for immigration into Canada if they:

- are an Afghan national;
- are staying outside of Canada at the time of the application;
- were in Afghanistan on or after July 22;
- are a child, grandchild, parent, grandparent or sibling of someone who has already been granted permanent residency  in Canada under the previous immigration platforms;
- can provide a “statutory declaration” from their family member already in Canada;
- can provide identification; and,
- filled out the online forms for entry.

If the family member cannot provide travel or identity documentation, the Afghan already in Canada can vouch for them via another statutory declaration.

Canada intends to bring in 40,000 Afghan refugees who are fleeing imminent danger from the Taliban largely due to their connections with Canadian soldiers during the Afghanistan War.

“While some of their extended family members may have come to Canada through existing programs over the years, others have not and may now be in a precarious position as a result of their relationship to the interpreters,” the government wrote in the announcement.

The Canadian government has not provided an update on how many refugees have arrived in Canada already, citing privacy concerns. About 3,700 Afghans and Canadian citizens were flown out before the end of August.

It’s believed as many as 1,700 interpreters and other Afghans with the proper documentation to leave are holed up in safe houses while they await escape.

Last month, the federal government quietly changed the criteria of a secondary special program to bring in vulnerable Afghans to only consider those outside of Afghanistan at the time of applying.

The application process for this new pathway will open on Dec. 9 and applicants are encouraged to begin compiling the proper paperwork now.

More information is available on the Immigration, Refugees and Citizenship Canada website. 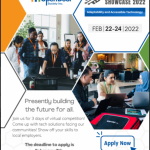 Tech Skills Showcase 2022. Registration now Open! What are Your Tech 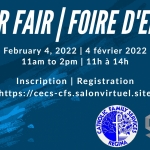 Employers! Participate in a Virtual Career Fair at NO COST to You! 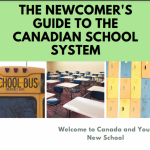