May 9, 2019 Posted in Community Programs

As part of the ongoing promotion of Newcomer Employment Week / Semaine pour l'emploi des nouveaux arrivants, we continue to highlight the stories of newcomers who have become successfully employed at the City of Regina.

Hitesh’s first job in Canada was actually in Toronto, while his wife and children stayed in Calgary, the City he first arrived in when coming to Canada. After the passing of his father, he actually considered moving back to India but instead quit his job due to project deadlines he could not meet becauuse of how he was feeling after the passing of his father. Instead though, he took a job with the City of Regina as an Engineering consultant.

Hitesh received his Bachelor of Engineering at the University of Mumbai (formerly Bombay), prior to which he had completed a double diploma in Computers and Information Technology. Among his challenges after coming to Canada was the fact that he left a well-paying job in India to take a lower paying position during the first 3 months of his career in Canada. Just two years later though, he was earning double what he made at his first job in India.

The best thing he likes about his work at the City is being in consulting where he gets to work on short and medium term projects and to work in different cities and countries. He has been lucky enough to work with some good managers and great leaders, who gave him space to work and enjoy work.

His advice to newcomers looking for work in Canada is not to expect a red carpet to be laid out for you. “Network both personally and on social media sites such as LinkedIn. Try finding events and networking opportunities happening in your city and to use the Eventbrite and Meetup apps. Even if an event might not be related, you should attend a few to network and understand what kind of people attend those events. You never know you can find someone who might help you refer. Lastly don't be completely dependent on anyone helping you find a job. Make a strategy to help you find a job.”

His advice to employers who are hesitant about hiring a newcomer is to “go beyond the conventional question of asking do you have a Canadian experience. Lot of recruiters themselves were not able to justify their understanding of a Canadian experience. Look for knowledge and attitude that a candidate will bring in rather than professional certifications. Reply to a candidate even if you have not selected him and it will be better if you can let him know the reasons for his rejection.”

Kawsar was born in Bangladesh and immigrated to Canada under the SINP - Skilled Immigrant Category in March,2018. When he applied for an SINP nomination, he chose Regina as his destination city because it was a Capital City and there are many government job opportunities. He also watched YouTube videos regarding the "natural beauty of this Queen city". It took almost 8 months from submission application to getting a Permanent Residence Visa, before he started living in Regina.

Before coming to Canada, Kawsar attained his Bachelor of Engineering in IT in India, where he had 12 years of experience in IT Support and Operations and IT Project Management domains. But after landing in Canada, his initial settlement wasn't as smooth as his immigration process. The fist challenge was being in a new place without any relatives and friends. It was tough time, looking for a job and settling in a new place. Another major concern was not having any Canadian work experience, even though worked for multinational companies outside of Canada. He applied for hundreds of IT jobs and but did not get any favourable responses. He was "getting frustrated day by day".

Then he received a job offer from a Regina based startup digital marketing company, as a part time casual IT support position. It was only about 15 hrs per week and on an on-call basis, that he worked for 3  months. He also worked from home for a while as a Tech Support representative for a cell phone provider. But his dream was to work in as an IT System Analyst, Business Analyst or Project Manager in a Canadian government organization.

A few days later, he got an interview call from Saskpolytech as his resume was forwarded by Saskjobs for Career Enhancement Program. He attended 2 days interview and was selected for the 5 month program. During his Saskpolytech training, he went to school from 8am to 4pm then worked from 6pm to 11pm and then worked on assignments after that. He slept only for 3 to 4 hours in a day. As part of his work placement, he got practical experience in City of Regina, IT Service desk and was hired on full-time as a Service Desk Analyst in Technology & Digital Innovation division at City of Regina.

As an IT Service Desk Analyst with the City of Regina, he has found his dream job. He is constantly learning new technologies and upgrading his skills. He finds his supervisor, his teammates and colleagues to be "very welcoming and helpful". Kawsar said that "the City of Regina is an ideal place for diversity and inclusion and that there is a very healthy work life balance environment."

He would advise newcomers in Canada to "prepare your resume, cover letters in a Canadian way and if possible, join some training and bridging programs". Most resumes and cover letters never reacch employers because of small mistakes or formatting that isn't within the Canadian standard. He further advises to "Create a professional profile on LinkedIn and Indeed and update it regularly. For Interviews, be sure to prepare for behavioural questions from your real-life experience and if possible, do some mock interviews. Be honest and never loss your hope. Focus on your goal and just keep trying."

His request to employers is to "please give the equal opportunity to the newcomers and welcome them to your company. If you hire those resources and give them opportunity to serve you that will surely enrich your organization by their diversified knowledge, education and experiences. They will enhance creativity, productivity, and decision making through diverse approaches in your organization."

We sincerely thank Hitesh and Kawsar for sharing their personal stories as a part of Newcomer Employment Week! 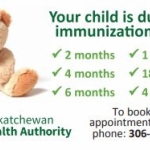 New to Canada - Importance of Immunizations 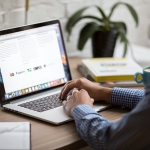 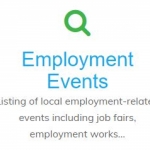