Did You Know...? Facts About Refugees and Refugee Claimants in Canada

-article from Canadian Council for Refugees

Refugees and others seeking protection in Canada are not threats to security – they are seeking security and protection from threats to their own lives.
Refugee claimants all go through a front-end security screening. Through this process, the Canadian Security Intelligence Service (CSIS) checks all refugee claimants on arrival in Canada. Since the screening was put in place in 2001, the number of claimants found to represent any kind of security concern has been statistically insignificant.

It is far more difficult to enter Canada as a refugee than as a visitor, because the refugee determination process involves security checks by CSIS and the RCMP, fingerprinting and interviews. It is not likely that a person intending to commit a violent act would expose themselves to such detailed examinations. The Immigration and Refugee Protection Act excludes refugee claimants if they are found to be inadmissible on the basis of security, serious criminality, organized criminality or human rights violations.

People fleeing persecution often have no choice but to turn to smugglers to help them escape. Many – maybe most – refugees have used smugglers to get to Canada. How people arrive in Canada - by plane, land or boat - tells us nothing about why they left. To decide if they need our protection we need to know why they left and what dangers they would face if they returned.  We have a refugee determination system to find this out.
It is unfair and immoral to punish refugees and others seeking protection in an attempt to deter smugglers. It is also not going to work. Refugees are fleeing desperate situations and will do whatever they need to do to save their lives. They rarely know anything about the policies in place in the country they arrive in – sometimes they don’t even know where they are going.

Australia tried the strategy of punitive measures to discourage refugee arrivals: it didn’t work. When the Australian government abolished their “Temporary Protection Visas” in 2008 they explained that they had not achieved their intended purpose: “The evidence clearly shows, however, that TPVs did not have any deterrent effect. Indeed, there was an increase in the number of women and children making dangerous journeys to Australia.”

Families make significant positive contributions to Canadian society, both economically and socially. The Longitudinal Survey of Immigrants to Canada (2003) found that immigrants tend to establish themselves more easily if they are supported by families.
According to a Statistics Canada study, family class immigrants are less likely to be low income than skilled workers immediately after they arrive in Canada.

Contrary to popular belief, parents and grandparents who are sponsored to come to Canada are not always elderly. According to a recent study, almost half (40%) of sponsored parents and/or grandparents work or are self-employed after two years in Canada.

People contribute to society in many ways, and not just economically. In particular, sponsored parents and grandparents make significant non-economic contributions by caring for other family members. The saved costs of childcare, healthcare and psychosocial support have broader benefits for our communities, as well as the economic performance of family members and other immigrants. Sponsored family members contribute in many other ways as well - as leaders, artists, community workers and elders.

Refugees receive limited, if any, social assistance from government authorities

For several years, a persistent chain emailhas been circulating claiming that refugees receive significantly more money in income assistance than Canadians collecting a pension.  The information, which is based on a letter published in the Toronto Star has been disproven by the federal governmentand the Canadian Council for Refugees.

Refugees come to Canada in different ways, but no matter the category, refugees receive very limited income assistance from the government.

Please share!: Dr. Silvia D'Addario and York University students have set the facts straight on government support for refugee claimants (see the poster below)
The true picture is that:

Refugee claimants and refugees recognized by the Immigration and Refugee Board receive no special income assistance.  They may, depending on provincial regulations, be entitled to social assistance like other residents.
Privately sponsored refugees are not entitled to government assistance (including provincial assistance) during the period of their sponsorship (usually for one year after arrival in Canada).  Their income support must be provided by their sponsors – volunteer community groups.
Government assisted refugees have access to financial assistance from the federal government through the Resettlement Assistance Program (RAP).  This financial assistance is generally for one year maximum and is received only if they do not have their own financial resources or income. The exact rate depends on the size of the family and is tied to social assistance rates.  In Ontario, for example, a single person receives $781 per month.  In addition, government-assisted refugees are entitled to a one-time set up allowance, to cover such things as clothes, basic household effects and staples, and telephone installation.  For a single person there is a maximum one-time allowance of $905, plus a $564 loan for house rental and telephone line deposits.
Most resettled refugees arrive in Canada with a significant debt burden, since they are expected to repay the Canadian government for their transportation to Canada as well as the cost of their medical examination before coming to Canada.  This means refugee families often begin life in Canada with a debt of thousands of dollars.  Interest is charged on this loan at a rate set by the Department of Finance each year.

Click here for more information on transportation loans for resettled refugees and the devastating impacts they have.

Click here for resources to set the record straight (including a sample email response) and more information.

The cost of healthcare for refugees and refugee claimants amounts to just 10% of that of other Canadians.

In addition, newcomers to Canada use fewer health services as compared to Canadians, especially in their first few years after arrival. This phenomenon has become popularly known as the ‘healthy immigrant’ effect.

The UN Convention relating to the Status of Refugees (article 31) and Canadian law (Immigration and Refugee Protection Act s. 133) prohibit governments from penalizing refugees who enter or remain illegally on their territory.
Many Jews fleeing Nazi persecution in the mid-twentieth century used false documents to reach safety and to find protection as refugees. The Swedish protective passports (schutz-passes) distributed by Raoul Wallenberg is one such example. In recognition for his efforts to help smuggle persecuted Jews to safety, Raoul Wallenbergbecame Canada’s first honourary citizen.

People fleeing persecution often have no choice but to turn to using false documents or smugglers to help them escape. Repressive governments often refuse to issue passports to known political dissidents – or to imprison them if they try to leave the country. Sometimes refugees are stripped of their identification as they flee from conflict or they have no time to collect their official documents before fleeing for safety.

How people arrive in Canada tells us nothing about why they left. To decide if they need our protection we need to know why they left and what dangers they would face if they returned.  We have a refugee determination system to find this out.

Refugees live in many different circumstances, not just in camps

Refugees are people who have been forced from their homes by human rights abuses. All refugees have a right to protection, wherever they are. Saying that some refugees are more deserving than others is the same as saying that some human beings are of less value than others.
Canada has legal obligations towards refugee claimants in Canada under the Convention Relating to the Status of Refugees (article 33) and the Convention against Torture (article 3). The Supreme Court of Canada has also confirmed that the Canadian Charter of Rights and Freedoms guarantees the right of refugee claimants to fundamental justice, in a process where their claims for protection are heard and evaluated impartially.

Not everyone who makes a claim in Canada will be found to be a refugee, but each person needs to be heard to ensure that no one is sent back to face persecution or torture. Canada does not have the same legal obligations towards refugees outside Canada who apply for resettlement.

Most countries in the world have signed on to protect refugees

International law says nothing about where, or from what country, a refugee must ask for protection. Refugees do whatever they can to reach a country they hope will be safe – and that country has an obligation to protect any refugees on their territory.

In the case of many refugees in Asia, almost none of the countries in their own region have signed the Convention relating to the Status of Refugeesand many of them offer little or no protection to refugees. In Thailand, for example, Sri Lankan refugees face at best a precarious life without status, or else arrest, detention and possible return to Sri Lanka. Staying in Thailand is not a solution.

Since Canada is far from most places that refugees are fleeing, very few refugees can make it here. It would be unfair to suggest that even those few should not come here, but rather go to other countries that already receive many more refugees than Canada.

There is no waiting line for refugees

International law guarantees to people fleeing persecution the right to go to another country and seek asylum – that is why we have a refugee determination system.

If your life is in danger, you run. You don’t stand still and wait for help to come to you. Different rules apply to refugees because their lives are at stake.

These different rules were adopted following the Second World War when many countries, including Canada, had closed the door on Jewish refugees. Canada recently commemorated the tragic turning away of the MS St Louis, many of whose passengers were killed by the Nazis after Canada denied them entry. We do not want to go back to those days.

Canada has fewer refugees per capita than many other countries

Canada comes 33rd when we rank countries according to the number of refugees per capita.

Other countries ahead of Canada include Sweden, Germany, Switzerland, Israel and Austria.

Canada compared to some countries in Global South

Many countries in the Global South, such as Pakistan, Iran and Kenya, host far more refugees than Canada.
Pakistan is home to 10 times as many refugees as Canada.

The numbers shown in the chart are only for refugees – there are also over 17 million internally displaced people.

Overall in 2012, 23,000 people were displaced each day. 23,000 is the total number of refugees given permanent residence in Canada in the whole year.

Most refugees are in the Global South

The vast majority of the world’s refugees are in the Global South. Only a tiny minority of refugees are found in Canada and the rest of the wealthiest countries.

The UNHCR estimates that there were 163,756 refugees in Canada.*

* The number for Canada is probably too high. The UNHCR estimates the number of refugees hosted by Canada based on the number accepted over 10 years, but many of these refugees would have become Canadian citizens during the 10 years and shouldn’t still count as refugees.

Canada welcomes only a tiny percentage of the world’s refugees

Canada offered a permanent home to less than 1% of the total number of new refugees forced to flee their countries in 2014.

Canada only accepted 22,220 new refugees in 2014 (representing less than 1% of the total number of new refugees worldwide).

According to the UNHCR statistics, Canada resettled 12,277 refugees and granted status to 9,943 refugees in Canada 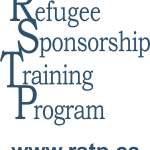 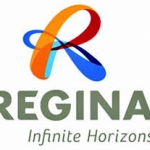 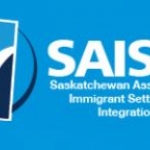 Opportunity to Learn about Francophone Services in Saskatchewan