Nobody told Usama Ahmad not to read the comments.

The 20-year-old Syrian refugee beams as he talks about the warm welcome he received after landing in Regina on Dec. 31. His smile fades when he mentions seeing negative online comments posted to the story about his arrival.

But the sting of strangers on the Internet directing angry words towards refugees doesn’t overshadow his joy of finding a new home.

“I met only the people who love me, who don’t hate me,” Ahmad says.

“I know that I have a new homeland now. I can live with all the people here in peace without anything bad. It’s a very good thing. “I was looking for this.” Sitting at a kitchen table in his billet’s home, Ahmad reflects on absorbing Canadian culture and enjoying the experience of meeting new people, forming new friendships. He recounts strangers, upon learning of his background, asking him for hugs. Shyly, he concedes he quickly realized he has a previously unknown soft spot for Ukrainian women.

He says he enjoys meeting people from countries all over the world, something he’s had an opportunity to do already as a University of Regina student.

He has to be shown a picture of ice skates to identify the sport, but Ahmad has bigger goals in Canada than learning about hockey. He is here as a post-secondary student, and while his road to a degree is paved with English as a Second Language (ESL) classes, he’s already taking his studies seriously.

He says learning English isn’t too difficult and he’s building his confidence in the language. He stops short of measuring his own improvement and asks the people around him for their opinion. Only a week between visits with Ahmad and one can easily notice his improvement with speaking and understanding the language. On a recent English listening exam, he scored a 78. His brightest smile is reserved for talking about his family.

“My father always told me ‘I want you to be an engineer,’ ” Ahmad says. “I want to study engineering for me — and my father. I love him.”

Ahmad and his family were forced to flee their home city of Damascus, Syria’s capital, in March 2012. But unlike many refugees, they lived in mountains in Lebanon because the refugee camp in Beirut was full. His dad, stepmom, sister and two brothers are still living outside, but close to, the camp.
He keeps in touch with them daily through a cellphone messenger app. There is no fighting in Lebanon, but there are no jobs or houses for Syrians either, Ahmad says.

“I hope they follow me here,” he says of his family. “I will do my best to help them.”

While in Lebanon, Ahmad took some university classes, but they were so expensive his family had to choose between eating or continuing to pay for his education. Instead, he took some English classes through the United Nations. He says he would’ve been bored without learning. Through a private sponsorship, Ahmad has been able to renew his dream of becoming an engineer. He is the first Syrian refugee sponsored through a partnership between the University of Regina and the local World University Service of Canada (WUSC) chapter. His arrival is a direct result of the U of R’s financial commitment made by president Vianne Timmons, who decided to match the $200,000 contribution collected from students.

Even as he pursues his education in Regina and learns about his new home, Ahmad wants to do more. His goal is to improve his English to where he’s comfortable getting a job. Seeing students working and taking classes inspires him, he says.

Ahmad is happy and excited about starting his new life in his new home. He has no doubts or reservations about where he is.

“There is no Syria anymore, so I cannot go back. I want to bring my family here,” Ahmad says. 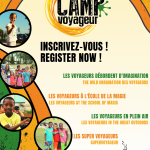 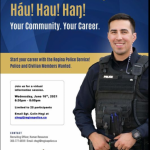 Are You Interested Finding Out What Working with Regina Police Would

Do You Have Questions About COVID-19 Vaccines? Information in 16