Exact numbers are not yet known but agencies are expecting about 800.
As November finally caught up with Saskatchewan this week and the cold settled in, it struck Neelu Sachdev that her organization will likely soon be helping hundreds of Syrian refugee women deal with our particular brand of winter.

As executive director of Regina’s Immigrant Women’s Centre, Sachdev has taught plenty of recent immigrants how best to adapt their traditional dress to Saskatchewan winters, but it’s usually a few at a time in organized programs — not hundreds at once.

On Friday, Sachdev was trying to figure out what the centre will need in terms of clothing.

The thought was to approach suppliers and merchants who could help with leggings, for instance, which can be warm under traditional dress.

Or maybe scarves, which are versatile and can be wrapped easily around the head, or longer winter jackets.

Then there’s the baby clothing, which will differ from anything the women have known.“They won’t even know the ABCs of dressing for this weather,” Sachdev said.

“Just the logistics around dressing to go to the grocery store, learning to walk in the snow.”

Minister responsible for Immigration, Jeremy Harrison, is heading to a meeting in Ottawa next week, where he’ll likely find out exactly how many Syrian refugees will settle in Saskatchewan.

At this point, the number being thrown around is 800, and Executive Director of Emergency Management Duane MacKay doesn’t expect that to change.

MacKay is heading up the refugee settlement centre; a co-ordination of community groups, municipalities, Crowns and government agencies that will help refugees get settled in Regina, Saskatoon, Prince Albert and Moose Jaw.
One of the biggest problems on the centre’s Friday morning conference call was a good one — how to deal with the outpouring of support that has come in recent days.

MacKay takes that as a “tremendously good sign” that the settlement effort will be well-served in the province.

It’s a similar picture across the province: People calling, emailing and turning up to settlement groups, offering to help or giving donations.

Sachdev has experienced that — so much so she has no idea where the centre will store everything.

MCC’s arrival preparation is well underway and is not worried about stretching resources too thin, Krushel said.

“The resources are there. This is just spurring on the community to reach into those resources and help other people,” she said. 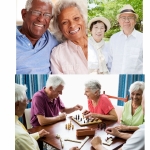 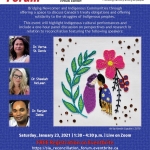 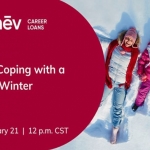