Petra Axolotl came to Canada under the Global Skills Strategy in July. It only took 10 days to get her work permit approved under the pilot project. (CBC)

A pilot program that makes it easier for highly skilled foreign tech workers to find jobs in Canada has hooked more than 1,600 people in its first two and a half months, CBC News has learned.

Immigration, Refugees and Citizenship Canada launched the two-year project in June to help companies that need to bring in talent quickly so their businesses can expand.

The Global Skills Strategy cuts the amount of time a foreign worker needs to wait for a work permit, with decisions being made within two weeks instead of months. The program also makes it easier for their immediate family members to enter the country.

"The feedback from the private sector has been very positive," said Navdeep Bains, minister of innovation, science and economic development.

More than 2,000 people have already applied so far — meaning about 80 per cent of the applications to the program have been fast tracked.

Some applicants appear to be lured to Canada as they are second-guessing moving to the United States because of the political climate.

Petra Axolotl, a former Twitter employee, used the program to move to Canada from Singapore this summer. Canada wasn't her first choice of destinations, but she decided to leave Singapore because that country doesn't recognize her same-sex partner.

"The plan was to move back to the U.S. after my stay in Singapore," she said. "But one thing that happened was Donald Trump became president. He always says 'Make America great again,' but I think he's making Canada pretty great."

Play the video from the original CBC article: Is immigration good or bad for an economy?2:49

Axolotl said it took about 10 days to get her application approved.

"The process itself was quite easy," she said. The data scientist, who works for a small high-tech company in Toronto called Platterz, has already been granted permanent resident status.

Over the past decade there has been an overall increase in tech sector immigration. According to data provided to the CBC, the trend appears set to continue.

Experts stress that it's difficult to mark a trend with partial data for 2017. But Walid Hejazi, associate professor of business with the University of Toronto's Rotman School of Management, said the numbers look promising.

"A lot of these really high-tech workers are coming to Canada because the U.S. is no longer a viable option," he said. "That's part of the story."

Canada will take the opposite approach, Hussen said.

Duelling recruiters
The Global Skills Strategy is just one tool to attract top tech talent to Canada and compete against the beast that is Silicon Valley. Toronto recruiter Jodi Katz says in the past it's been a real battle but the current climate is changing that. 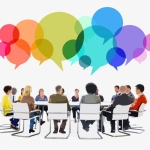 Newcomer Event - Learn about a Volunteer Opportunity with the RRLIP 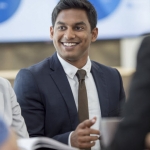 Are you a Newcomer Facing Challenges in Acquiring your Desired